UMAM Taekwondo is committed to building and fostering mental, physical & spiritual growth and awareness through martial arts training. Chun Kuhn Taekwondo and other martial arts have been known to build confidence, self-control, attention span, and other values within students. These are characteristics of ancient arts that began thousands of years ago. Our mission at UMAM Taekwondo is to adopt the principles that we have neglected so long in our communities through our martial arts training that is geared specifically for people who desire a greater experience in life through balanced health and fitness. 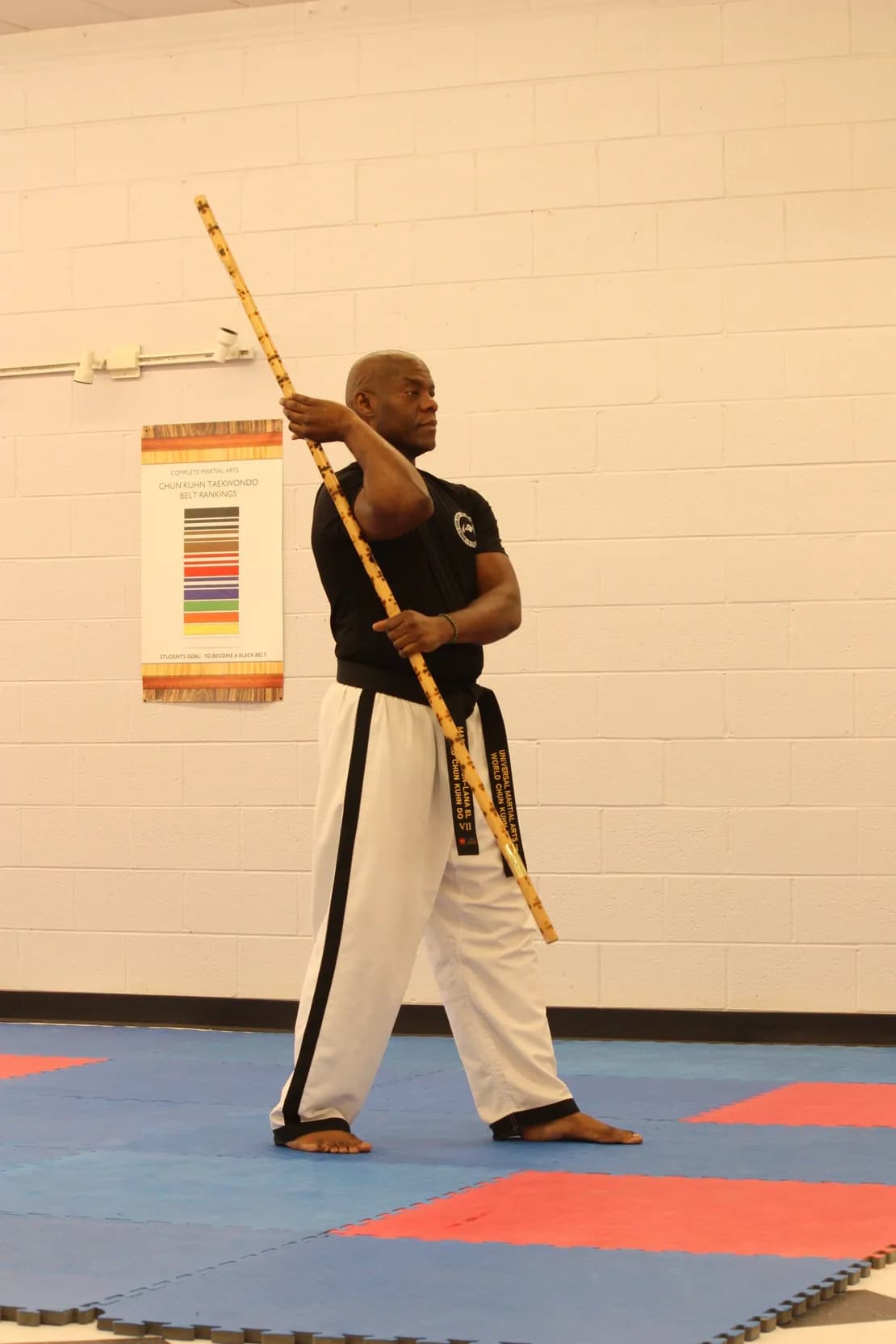 Master El is a 7th Dan Senior Master with over 20 years of experience in martial arts. Master El is one of the students of the Legendary Supreme Master Bok Man Kim, one of the technical founders of Tae Kwon Do and founder of the World Chun Kuhn Tae Kwon Do Federation. Master El is a Gold Medal winner in the 2001 Georgia State Olympic Games. He also holds special instructor awards from Master Lee for tournament management in Columbus, Ga. Master El founded UMAM Taekwondo in 2005, operating in the Dolton Park District, and is now in a full facility that can accommodate more students. Master El is proficient in teaching Special Needs children and adults (ADD, ADHD, Autism, Aspergers(AS), Cerebral Palsy, Dyslexia, Asthma & Downs Syndrome). 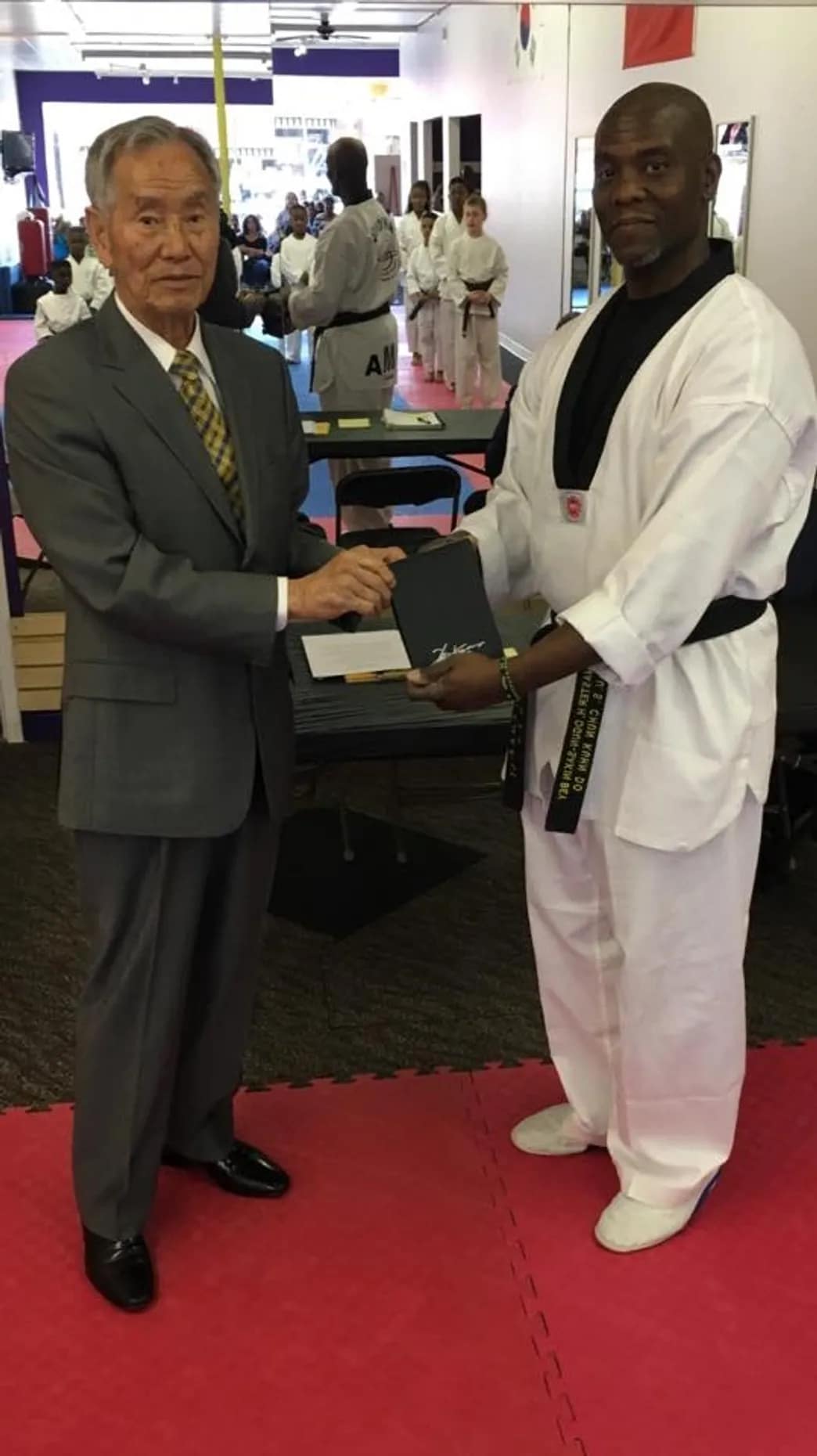 Tae Kwon Do is considered one of the oldest martial arts in the world — estimated at over 2,000 years old. Tae Kwon Do literally means the “art of hand and foot fighting.” It is one of the fastest-growing martial arts today, due in part to the efforts of Bok Man Kim, a 10th Degree black belt who has pioneered the international development of traditional Tae Kwon Do. Black Belt magazine once called him the “father” of Tae Kwon Do and he has been instructing for the past 53 years. Over the course of his career, he has taught and performed for presidents and royalty in Southeast Asia and Europe.

Supreme Master Bok Man Kim, the famous Taekwon-do practitioner, has developed a new art — Chun Kuhn Do. This art was developed during 50 years of research and experience, beginning with his career in the Korean army spent developing armed and unarmed combat techniques for Tae Kwon Do, and continuing still to this day spending as much time as possible working with black belts and masters from many different martial arts. These experiences have resulted in very practical, effective Chun Kuhn Do techniques. It’s also resulted in a very open, flexible style that allows for growth and improvement.

My son, L.R. has been coming to Master EL since July 2019. He has come to like his teacher and his classmates very much. L.R. Is doing wonderful. He's currently a Blue Belt and is ahead of the game. Master EL is a great instructor and is firm with the kids when he needs to be. Master EL can help your child grow, but the parents also need to follow through as well. In order for your kids to accelerate and do great in class, they must attend class a couple of times a week. It's a lot of work but the hard work pays off!

Professional family environment and well-disciplined students. If you are looking for martial arts training for yourself and/or your children I highly recommend UMAM Taekwondo Master Bey and his wife Regina will provide you with the best martial arts instruction available.

Great experience for my baby. She really enjoyed Master El! He’s a great teacher. I recommend his martial arts school for the kids.

My kid's confidence and awareness have increased by attending Master Bey’s Taekwando class. He’s great with kids and they love him,

Do you want to give UMAM Taekwondo a try?

If you have questions about the opportunities available to you in our program, send us a message. We will get back to you as soon as possible.